This is a developing story. Check back for updates 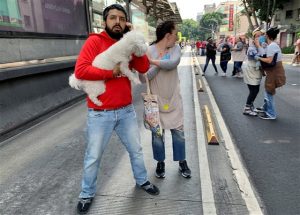 The U.S. Geological Survey said that a 7.4-magnitude earthquake centered 12 km SSW of Santa María Zapotitlán, near the resort of Huatulco, shook parts of southern and central Mexico just 20 minutes ago (10:29am local time) o, killing at least one person and injuring another in the southern Mexican state of Oaxaca.

The U.S. Geological Survey estimated that about 2 million people felt strong or moderate shaking and another 49 million felt weak or light shaking.

Seismic alarms sounded mid morning with enough warning for residents to exit buildings and power went off in some areas. 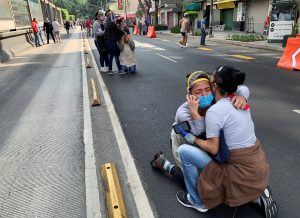 Mexican President Andrés Manuel López Obrador said in a video posted on social media, that there are no immediate reports of the extent of damage or injuries, and he added:

“We will continue to call on people to act with precaution due to possible aftershocks. Let’s take care of ourselves without anguish or despair,”

Governor of the Mexican state of Oaxaca Alejandro Murattold, said on a live interview at Telemundo News that some buildings collapsed in the area of Crucecita, killing at least one person and injuring another.

My heads still spinning from 7.1 earthquake felt across Mexico – epicenter in Oaxaca. One of our main fears during earthquakes in Mexico City are the power lines exploding – fortunately these didn’t fall down but they surely looked like they might. pic.twitter.com/mmDsE1r6UO