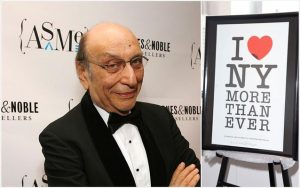 Milton Glaser, the Creator of ‘the iconic  I❤NY (I LOVE NEW YORK) and a graphic designer remembered for brightly colored , magazines, posters, record sleeves and book covers, died on Friday, on his 91st birthday

According to Glaser’s wife, Shirley, he died of a stroke, but had also suffered from renal failure.

He then worked for a package-design company before enrolling at the Cooper Union for the Advancement of Science and Art. Glaser graduated in 1951 and won a Fulbright scholarship to the Academy of Fine Arts in Bologna, Italy

In 1954, Glaser opened Push Pin Studios with several Cooper Union classmates in and launched a promotional publication called the Push Pin Almanack, later renamed Push Pin Monthly Graphic, credited with opening up design to a wider range of influences and styles and grabbing the attention of magazines and advertising agencies.

“We were excited by the very idea that we could use anything in the visual history of humankind as influence,” Glaser said.

For one of his best-known designs, a colorful 1967 poster included in “Bob Dylan’s Greatest Hits,” Glaser created an outline of the singer’s head that was inspired by Marcel Duchamp as well as Islamic art. 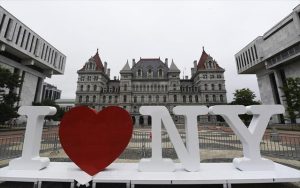 One of Glaser’s most recognizable works is his I Love New York logo. In the mid-1970s, New York City’s crime rate was up and the city was widely perceived to be dangerous and was on the verge of bankruptcy. In 1977, the State of New York hired advertising agency Wells Rich Greene and Milton Glaser to design a logo to increase tourism It was Glaser who came up with the design while sitting in the back of a taxi cab on the way to the meeting. .

The logo consists of the capital “I” and a red heart, stacked on top of the letters “NY” in American Typewriter typeface, symbolizing New York. His inspiration for the logo was Robert Indiana’s LOVE design, with the four letters stacked on top of each other. Glaser loved New York so much that he gave his work to the city for free, hoping it would become public property. He expected the campaign to last just a couple of months.

Instead it became a widely recognized symbol of New York City, enjoying enduring popularity throughout the 1980s and a revival after the Sept. 11, 2001 attacks felled the city’s Twin Towers.

“I’m flabbergasted by what happened to this little, simple nothing of an idea,” Glaser said in 2011. 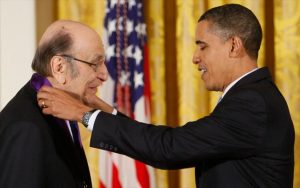 Today, the logo has earned the New York state $30 million each year and has become a pop culture icon and has been reproduced on T-shirts and hats, and can be seen everywhere in New York. Imitations have been made, for example “I Heart Radio.” The state has been filling nearly 3,000 objections against them.

After the September 11 Terrorist attacks, the logo has become even more of a symbol, creating unity between the public. Glaser even designed a modified version saying, “I Love New York More than Ever”, in response to the attacks.

The red Heart had a small blackened and burned area along one edge to symbolize the attack on the World Trade Center site.

Glaser also made his mark in publishing as part of a small team that reinvented the Sunday edition of the recently-defunct New York Herald Tribune as New York magazine. 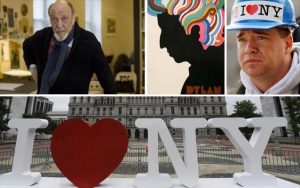 “If they’re talented and they’re lucky, designer-artist-creators get to lob an icon out into the larger culture – Leo Fender’s Stratocaster guitar, say, or Shepard Fairey’s Obama poster. If they’re great, maybe they create two. Milton Glaser, though, operated on another plane – he just kept hitting the bull’s-eye, again and again, throughout his seven decades as an illustrator, graphic designer, art director, and visual philosopher and paterfamilias,” said Christopher Bonanos at the magazine’s obituary for Glaser.