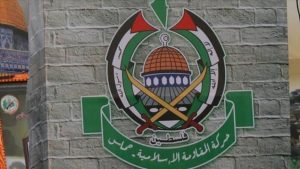 Palestinian resistance group Hamas, a group that’s been labeled by the U.S Department of State as a TERRORIST ORGANIZATION, has welcomed the Turkish court verdict directing the opening of Hagia Sophia as a mosque.

Rafat Murra, head of international press office of Hamas, in a written statement.said:

“Opening of Hagia Sophia to prayer is a proud moment for all Muslims,”

And he continues stressing that the decision created “sadness” in certain groups in the Arab world.

“We have never seen them worry about Masjid al-Aqsa. We have not seen them get sad when the Zionists attack Dome of the Rock. When the occupiers’ banned call to prayer in Al-Halil Masjid or Palestinian masjid. They did not care,” he said.

Murra said that the decision falls under Turkey’s sovereignty rights.

Interestingly, both President Trump, a close ally of Erdogan, and Russian President Vladimir Putin, who has clearly been Turkey’s most valuable ally since 2010, have said nothing about desecrating Hagia Sophia from their friend and ally, Mr. Ertokan

Tom Hanks Calls Out People Not Wearing Masks: “Don’t be A P@@@Y” (VIDEO)

NATIONAL TRAGEDY – LIVE FOOTAGE – DEVELOPING: Firefighters responding to fire on board a ship at Naval Base San Diego