Home Latest The versatility and brilliance of Ioanna Chasta.

The versatility and brilliance of Ioanna Chasta.

It was a few years ago when I was watching Ioanna Chasta in the film “Eli” by Yianna Dellatolla, a short film that revolves around the struggles of a young woman in Greece during the time of the 2008 financial crisis. The film was celebrated in festivals all over the world and earned her a nomination for Best Female Lead in a Foreign Film at the Madrid International Film Festival.

Watching the film, it is absolutely impossible to not feel compassion for the heroine. There is a passive intensity to Ioanna’s acting that makes the internal struggle of Eli not just seen but felt all the way through. It is a magnetic performance that pulls you in and leaves you wondering and questioning. Is she going to be alright? Ioanna’s interpretation of Eli makes her a part of you and you will not forget her any time soon. 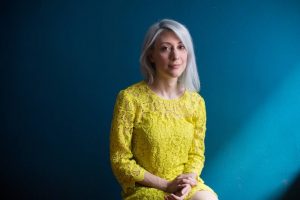 I have followed her career ever since and she never ceases to surprise me. Getting more and more parts in big theater productions Ioanna is always remaking her acting style. Her greatest weapon as an actor is her silent gaze, full of anguish in Eli, innocent and troubled in From the Dust, mischievous and playful in A Feature Shared by All. But the last row of an audience at a play cannot see Ioanna’s eyes so for the stage she has created a powerful physical presence that is enthralling.

She gave an absolutely stunning performance as larger than life Natalia in the play “30,40,50”, directed by Nikos Karas. It was a delightful shock to watch a screen actor that has created such natural nuanced performances make a complete turn and create a sublime over-the-top comedic persona. After came a lead part in the play Re-tied Red Thread, adapted and directed by Fotis Batzas. She did a sublime job in a physical theater performance that required swift and multiple role changes, conveyed mostly physically. Her subtlety had returned as the script called for a more natural way of storytelling with the stories shifting from comedy to drama and back but her stage presence remained impossible to ignore and it showcased her willingness to immerse herself so much in a role as to become almost unrecognizable. 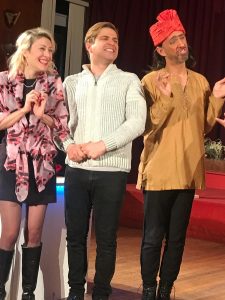 My favorite yet performance of Ioanna’s is the part of Isabella in the comedy Plug In The Minister by acclaimed writer duo Reppas-Papathanasiou. The three-hour play is a complex tale of class, politics, immigration and exploitation. The characters are vicious and self-serving and it takes a lot of skill to portray their complexity yet keep them comedic without overplaying them or making them look ridiculous. Isabella is spoiled, entitled and will stop at nothing to get what she wants. She appears naive but as the play progresses we uncover layers of intrigue, manipulation and an awareness of exactly how to tip the scale on her side. Ioanna was a sizzling Isabella. It was the kind of effervescent performance that’s just as life-affirming (and worthy of recognition) as a dramatic one. She could come off as a joke, this wealthy politician’s daughter, wearing always pink and getting into affairs with the personnel, but Ioanna played the part with love and respect. She made us feel many uncomfortable, conflicting emotions via some extraordinarily confident comic acting and it was a lot of lanes she had to weave in and out of – or drive in all at the same time. 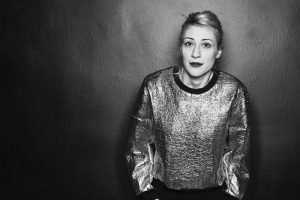 What else is Ioanna Chasta capable of if she could turn out such a layered, fascinating-and very very dark and funny turn? In a sort of homecoming she will star in the feature film Grassland by Yianna Dellatolla, the director that gave her her first dramatic lead role in “Eli”, and who in the actress’s words has been “incredibly important to my life, art and carreer”. The film is character based comedy about a Greek dysfunctional family that spends the summer together. We are waiting with breath that is bated with excitement!