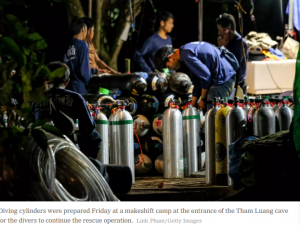 Four boys were rescued yesterday (Sunday July 8th 2018) from a flooded cave in Thailand where they were trapped for 16 days. The team of divers is expected to resume rescue mission today, to rescue the remaining 8 + 1 people trapped in the cave (eight boys and their soccer coach). The four who were rescued yesterday were taken to a hospital in Chiang Rai for evaluation.

The Actual Rescue Mission – Video Below From “STAR NEWS”

During the rescue effort yesterday, two divers were assigned to each child to help them navigate the dangerous, narrow passageways. Adul Sam-On, one of the 12 boys stranded in the cave, speaks English, Burmese, Thai and Chinese and he was able to communicate with the British divers who first found the group. He was born in Myanmar, where his parents live. He had been taken in by a church to study in Thailand.

Video Below From “9 NEWS”

#BREAKING: Alice Monfries 9 News confirms to Peter Overton that there has potentially been a breakthrough in the rescue effort in Thailand.#9News | http://9News.com.au

Thai media reported that the 25-year-old soccer coach was among those who were rescued yesterday… Based on Thai Media reports, it’s been reported for days that the coach was actually in the worst shape of those trapped in the cave, since he had been giving the boys all the food and water he had on him…

Boys rescued from Thailand cave rushed to hospital for treatment

An entire floor at the hospital has been reserved to treat the rescued members of the soccer team trapped in a Thailand cave. Days before the mission began, the boys wrote letters to their families about what they would want once they get out. 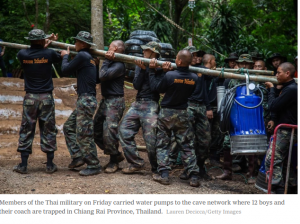 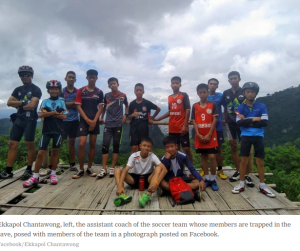 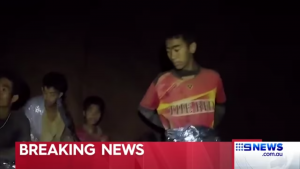